The Holy Martyr Elesa of Kythira was a young women from the Peloponnese who lived in the latter half of the fourth century. She was martyred by her father who objected to her becoming a Christian. St. Elesa is considered a protector of the island of Kythira. Her feast day is August 1.

Elesa was the daughter of Eladios and lived in the Peloponnese. When she became a Christian her father, who was an idolator, strongly objected. When her father demanded that she marry a young man of his choice, she secretly fled to the island of Kythira to begin a life as a nun.

Her father did not relent but hunted her down. In her attempt to escape from him, she begged God to open the earth in order to hide from her father as she fled to the mountains of Kythira. As she reached the top of the mountain she found a crack in the mountain into which she climbed, only to find her father waiting for her. Her father forced her to endure horrible tortures in his effort to get her to deny her faith and return to his beliefs. Finally, in the year 375, having been unable to get St. Elesa to recant her Christian faith, her father Eladios whipped Elesa and hanged her on a carob tree before he decapitated her. 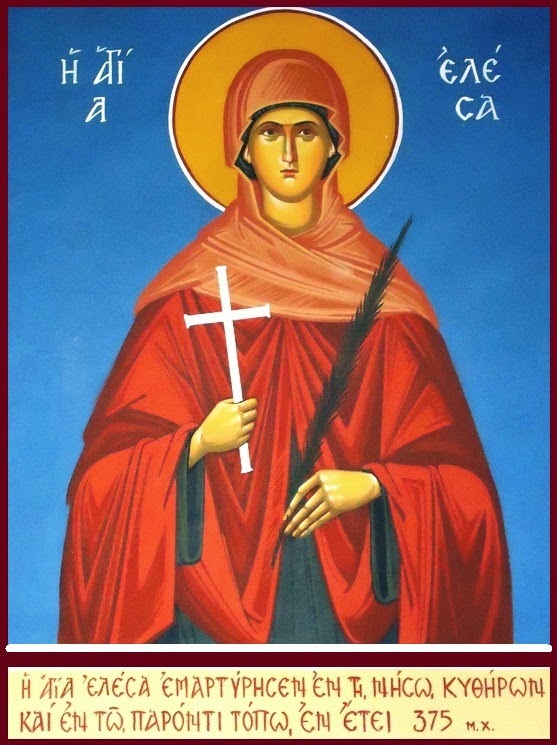